Sell your shares and you lose influence, you become another commenter, another moaner shouting from outside the window. Keep your shares and you have a right to comment inside the company. Quiet conversation by letter allows the recipient to reflect, weigh the comments and to assess the weight of argument over time as your views add onto those of other like-minded shareholders. 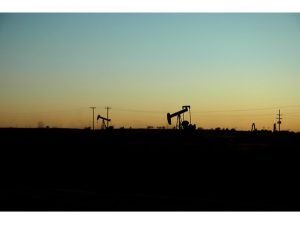 The recent votes against the remuneration policy for directors on some public companies suggest that many institutional investors are active in arguing for restraint. Shareholders, generally, underuse their voting power but when roused can cause directors to reflect and consider shareholders views. I will vote against ALL directors except the financial director (someone has to keep the company running) if the board is heavily biased to one or other sex. I have set my own minimum acceptable percentage for female representation on boards – but this would also apply to a board biased against males too. The principle applies to many issues. I won’t have a big effect on the vote as I’m not a millionaire. But sitting on your hands causes them to go ‘dead’ from pressure, it is better to put the pressure on the company board. Write and tell them of your action and reasons; by that I mean write individually to every director (to avoid the chairman or company secretary diluting your efforts).

We are called as Christians to be salt and light to the world; a bit of salt on the companies skin may cause irritation. An explanation to the directors lights up the issue where most effect can be made. Polite quiet reasoning beats shouting into the wind outside the gate. Remember though that workers jobs are at risk. We are called as Christians to live in the world but are not off the world. We walk to the beat of a different drum. We are called on to be part of society but to show God’s value of justice, morality compassion etc. so using shareholders voting power is a reasonable thing, using it to confront misuse of the planet is then a duty. But then we have to live in harmony with other Christians who see the issue differently.

Dr Andrew Wright was a medical science lecturer in Hong Kong and Edinburgh. He is a Director of JRI.

Our Senior Research Fellow @DrJohnReader is an Environmental Ambassador for the North Cotswolds Deanery in @GlosDioc.

Read more about the appointment here:

New on the JRI blog: "How is God speaking to the world today?" by Ray Nicholson. @HannahGrayEco @buen_union https://jri.org.uk/how-is-god-speaking-to-the-world-today/

Continuing our series of blogs from those who attended #COP26 @AndyClarkSIL of @SILintl write about "A Journey in Three Worlds." Andy attended the second week with @CCOProgram and recently started on the CRES course. https://jri.org.uk/a-journey-in-three-worlds/

JRI banner just visible early in this official COP26 video on faith responses to climate change! Thanks to Christians in Science and The Faraday Institute for their collaboration on our joint stand.twitter.com/i/status/1462375242886643715 ... See MoreSee Less

“"Multi-faith working on this global issue is the most important thing that we can be doing." See how #ClimateAction is uniting different faiths, religions and belief systems 👇 #COP26 | #Together...
View on Facebook
· Share