In 1921 the German philosopher Walter Benjamin purchased an oil transfer drawing in Munich for the sum of 1,000 marks. The drawing was by the artist Paul Klee and was entitled Angelus Novus. He subsequently hung it on the wall of his apartment. Over time, this image became something of an obsession for Benjamin and he referred to it frequently in his writing. For him, this incongruous, rather goofy-looking figure, staring at something intently in the distance, was a representation of humanity itself, gazing into the future. He called it “the angel of history”.

We too stand at a crossroads, straining our eyes to catch a glimpse of the future that awaits us. As modern, western people, there’s no doubt we’ve been fed a certain narrative about history. We’ve been told that we inhabit a flow of time that is fixed and certain, propelled forward by advances in our understanding and mastery of the material world. For many, the inexorable forces of science, engineering and technology, underwritten by the unstoppable phenomenon of globalization, point to a sunny upland that we will soon all be able to occupy. Some have spoken quite literally the “end of history” itself.

But the contemporary environmental crisis erects a massive “stop” sign to this. How can a narrative of “progress” be sustained if the very existence of human beings on the planet Earth is no longer assured? The horizon we thought we could see in the distance has become unclear. The trajectory we assumed we were travelling has become twisted and discontinuous. The “end of history” we thought we had attained can no longer be conceived of as a liberation, but rather as a kind of nihilistic destruction.

Is it any wonder that we are witnessing individual and collective reactions that are anomalous, erratic or even irrational at this time? For the environmental crisis represents not just another item for political, cultural or economic debate, but a transition into an entirely new framework of history. The future that, for better or for worse, we’d been led to believe was essentially secure is now open and up-for-grabs. And with that comes a sense of foreboding and anxiety that can sometimes be difficult to articulate. 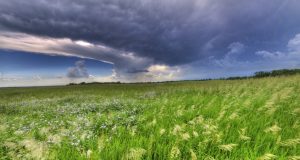 Much interesting research on the psychology of this is currently underway, including by Beth Warman. But in a very interesting book published in 2013, the French environmental historian Jean-Baptiste Fressoz describes it in terms of “désinhibition” (“dis-inhibition”). Faced with the apocalyptic warnings of the scientists, and confronted by the apparently impossible scale of the challenge that lies ahead, there is a tendency for human beings to lapse into a state of inertia and de-animation. What on earth can we do? The data presented to us by the climate science is falling on ears that are simply incapable of processing it, just as it is useless and counter-productive for me to escalate rhetoric to my three-year-old son if he is the middle of a tantrum and has lost control of his bearings. But Fressoz goes further: he equates this condition of “dis-inhibition” to the spiritual practice of “quietism”, where the believer gives him or herself over to an interior passivity that disables any form of action in the world. Modern, western people are yielding themselves up to a form of providence, if you like—and yet without knowing (or believing in) the “divinity” that is supposedly in control.

The apocalyptic material in Scripture provides an alternative to this psychological blockage. At first glance, this might sound like a strange move to make. Is it not the case that this genre reveals a future that is just as fixed as the myth peddled to us by western modernity? Isn’t this simply an equivalent form of “quietism” to the one mentioned above? Yes, biblical apocalyptic does indeed draw back the curtain on a future state of affairs that is known by God. But precisely by showing us that this future is “not yet”, its function is to send us back into the world with energy and resolve to play our part in its unfolding narrative “now”. Rightly understood, these texts should inspire us to become newly-responsible agents within the flow of history, emboldened and empowered to involve ourselves in the social, cultural and political arenas we occupy. What a contrast this provides with the stale narrative of modernity, with its implied stipulation of a future that we can do nothing to change. The apocalyptic texts of Scripture provide a powerful motivation for Christians to engage in the world with confidence. Because the end is at the end, held in abeyance by God himself, the present becomes the site of real, consequential and purposeful activity. And that even applies to apocalyptic warnings about the end that lies in store for our planet. 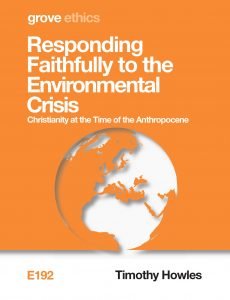 For more on this theme, with reference a number of apocalyptic texts that can be studied further, you may like to order this recent Grove Ethics Booklet.

Rev Dr Tim Howles is a researcher working on the application of Continental philosophical thought to theology. He is passionate about understanding how Christianity might help us to conceive an alternative future to the one that seems to be prescribed by secular society. He currently ministers in a church in Oxford.